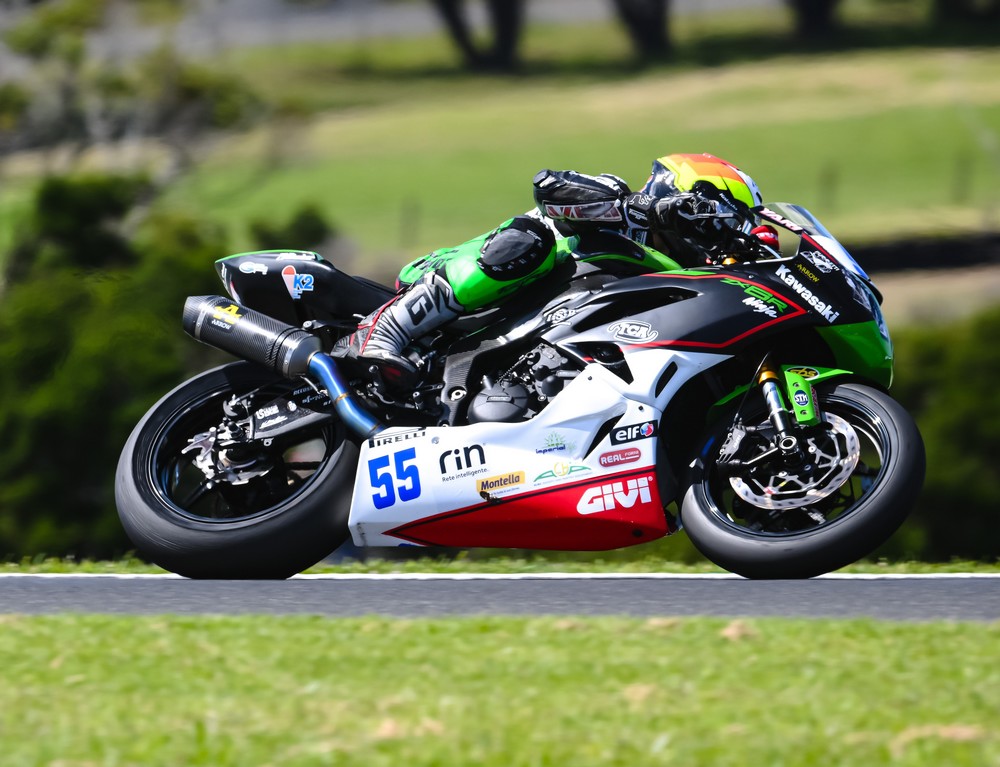 The beautiful Phillip Island circuit, which has the Indian Ocean as its backdrop, is the stage for the twelfth and final Supersport World Championship round. Just one week ago, Kawasaki Puccetti Racing riders Can Oncu and Yari Montella were competing in Indonesia, where they scored some very strong results, with a double podium for Oncu and a fifth and sixth place finish for Montella, very close to the frontrunners.

At this final round, both riders are aiming to fight for the win, or at least the podium. This morning, in cool yet sunny conditions, the two Kawasaki Puccetti Racing riders were out for first practice, a session they used to adapt their respective bikes to the Australian track. With a time of 1’35”141, Montella closed ninth, while a best of 1’36”052 saw Oncu place seventeenth.

In the afternoon’s second practice, both the Turk and the Italian made significant progress. Yari stopped the clock on 1’34”532, for overall fourth place in the combined standings, followed by Can, sixth with a fastest time of 1’34”673.

Tomorrow’s second day of action will see Oncu and Montella take part in Superpole and the first of the weekend’s races.

“This morning’s session was tricky, but in the afternoon things improved fortunately. We completed many laps in order to understand what direction to take and in the end, we’ve seen what to do. We still need to improve in certain sectors but, generally speaking, I think we’re ready for Superpole and Gara1. A big thanks to the team; they’re doing a great job.”

“A good day. Although we focused a lot on race pace, I also set some very fast laps that allowed me to finish fourth. We’ve done a good job and I’m pleased with the bike’s performance. There’s a chance of rain tomorrow so first we’ll need to see what the track looks like. The team are working so hard and I want to thank them for that.”