Another podium for Oncu at Mandalika! Montella a strong sixth. 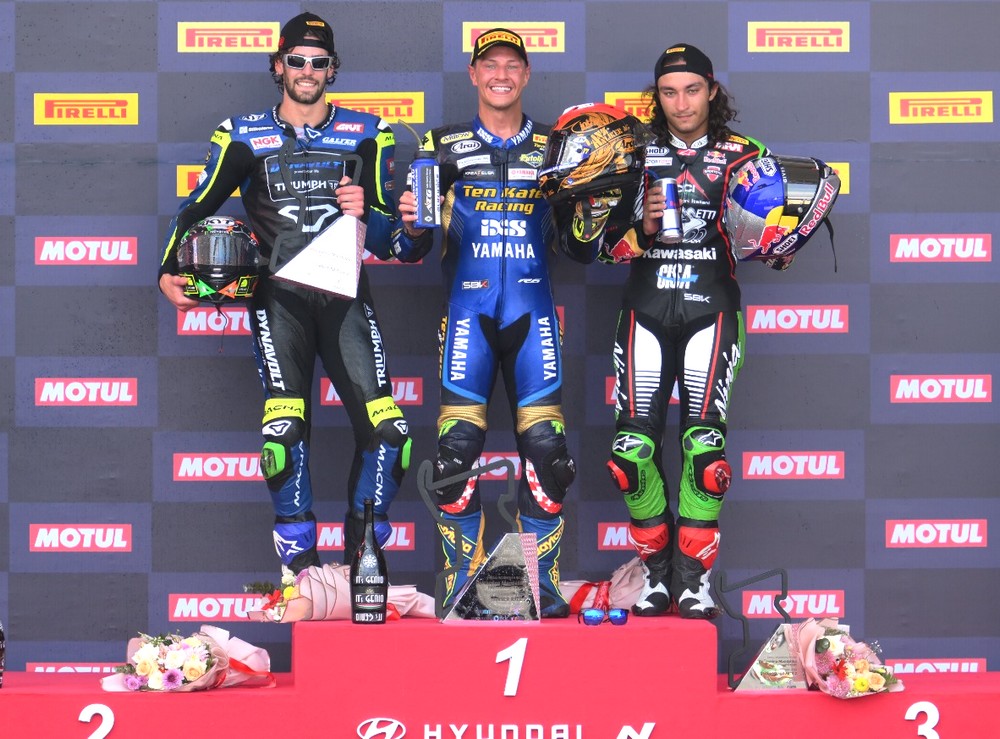 Kawasaki Puccetti Racing has today concluded the third and final day making up the eleventh Supersport World Championship round at the Pertamina Mandalika International Street Circuit on Lombok in Indonesia.

Yestersay saw riders Can Oncu and Yari Montella obtain strong results in race 1. The Turk reached the third step of the podium, having just missed out on the win due to a drop a tyre performance, while the Italian scored a solid fifth place finish, losing out on fourth by just a few tenths of a second.

Both were back out at the Indonesian track today for Race 2. Like yesterday, and based on the Superbike results of yesterday morning, Oncu started from the front row and Montella from the second in a race that ran in hot and humid conditions.

Oncu got away very well and was immediately up into the lead, with Montella just behind in fourth. In the space of just a few laps, the leading group, which included both Kawasaki Puccetti Racing riders and comprised six in all, had gained a good lead over the chasing group. On lap seven, Oncu lost first but remained very much in the fight for the win, as did Montella, sixth. Six laps from the end and with Oncu in third and Montella fifth, the race was brought to an end with a red flag after a crash for another rider meant a bike was lying very close to the track. Can Oncu today scored his second consecutive podium, his seventh of the season and ninth WorldSSP podium in all, while Yari Montella was classified sixth, as he was in the process of passing the rider ahead of him when the red flag was waved but had not yet completed the manouevre.

In the championship standings the Turk remains third with 248 points, while the Italian is eighth with 136.The next and final Supersport World Championship round will run from 18 to 20 November at the Phillip Island circuit in Australia.

In Superbike Lucas Mahias crashed during yesterday’s FP3, sustaining injury to the ligaments in his right ankle that prevented him from participating in Race 1. The French rider was examined by doctors again this morning, but they did not give him the OK to resume racing, and so he had to sit out today’s action too. Mahias will be on track for the next Phillip Island round though.

““I am happy to be on the podium but also not happy because I want to win races. We have had a lot of podiums but no wins yet. We are working hard for this and we have two races still to go at the final round in Australia. My dream is only to win, but a double podium at Mandalika, in such hot conditions, is very good for all in the team.”

“I couldn’t have done more than I did today. I pushed hard from lap one but was often on the limit and couldn’t stick with the frontrunners all the way to the end. I’m pleased with sixth anyway, as we gave it everything and have again shown to be among the fastest in the category. Thanks to the team for their amazing support and we’ll be back in just seven days when we’ll do our best to round out the season on a high in Australia.”