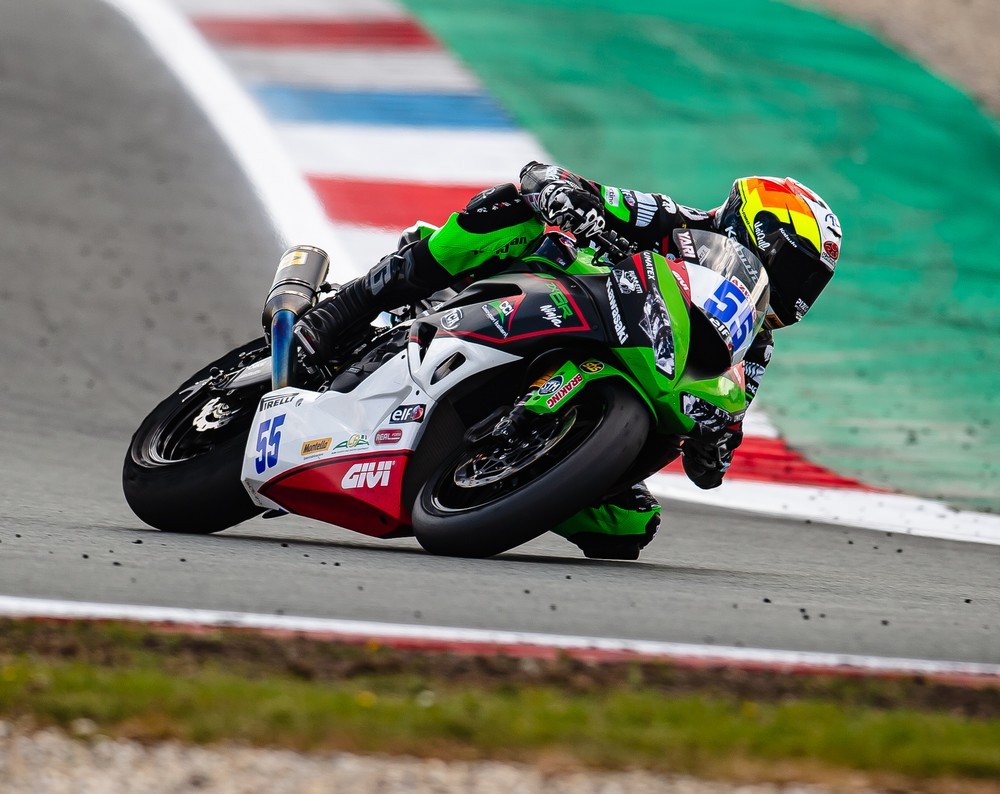 Almost a month has passed since the second World Superbike and Supersport rounds in which Kawasaki Puccetti Racing competed at the Assen circuit in The Netherlands, and now it’s time to travel to Portugal and the capital city of Lisbon, where round three of the 2022 WorldSBK and WorldSSP championships will play out.

At the TT Assen Circuit, the team’s three riders made progress throughout the weekend, which culminated in a podium for Can Oncu in Sunday’s race. The Turkish rider had been unlucky in the first race, having to retire on the last lap due to a minor electrical problem. The weekend brought positive results for his team-mate Yari Montella, who finished twelfth on Saturday and ninth in the following day’s race.

And Superbike rider Lucas Mahias also improved in each race, finishing fifteenth in race 1, thirteenth in the Superpole race and then tenth in race 2.

The Portuguese track has long favoured the Kawasaki Puccetti Racing Supersport riders who have scored four podiums in the last four races run at this track – a win (Mahias in 2020), two second place finishes and one third. Oncu hopes to consolidate his place at the top of the category, while Montella wants to continue to close in on the frontrunners. For Mahias, the goal is to continue to make progress and finish consistently inside the top ten.

The Estoril track is located close to the town of Cascais, roughly 25 kilometres from Lisbon. The production-derived championships have returned to the Portuguese track in the last two years, after having previously raced there in only 1988 and 1993.

The track is 4182 metres long and is made up of thirteen corners, nine of which right-handers and four left. It also features a straight that measures almost one kilometre in length.

The full schedule for the Portuguese round is available at this link:

“The Estoril circuit has always been favourable to us; it’s where we scored our last Supersport win with Lucas Mahias. We’re very confident that we can have a good weekend’s racing and bring home many points, before focusing on the subsequent Misano event, our home round.”

“I really like the Estoril track and celebrated by last Supersport win here in fact. It’s also not far from the coast and so that’s another reason I’m pleased to be back. I got on well here in Superbike last season and have positive memories. This year, I want to continue to work on my bike and the new suspension, with which I’m much more comfortable compared to last season. We found a good setting at Assen and so we’ll start from there.”

“I’m ready to race at Estoril and can’t wait to be back on my bike, I’ve really missed it during this break of almost a month. We have good memories of one race and less good memories of the other, but we know we can be fast at Estoril and can’t wait to get out there and try to score the best possible result for Kawasaki. We’re working very hard to become faster and I hope we’ll be able to fight for the win.”

“I’m really keen to get back out and race. I’ve trained hard over the last three weeks and now I’m curious to see what we can do, at a track where the team has a lot of data and where it’s always been competitive. It’s a track where we definitely have the potential to do well and I’ll do all I can to exploit it and be confident and determined right from the outset.”