Oncu second on the podium in WorldSSP Race 2 at Barcelona! 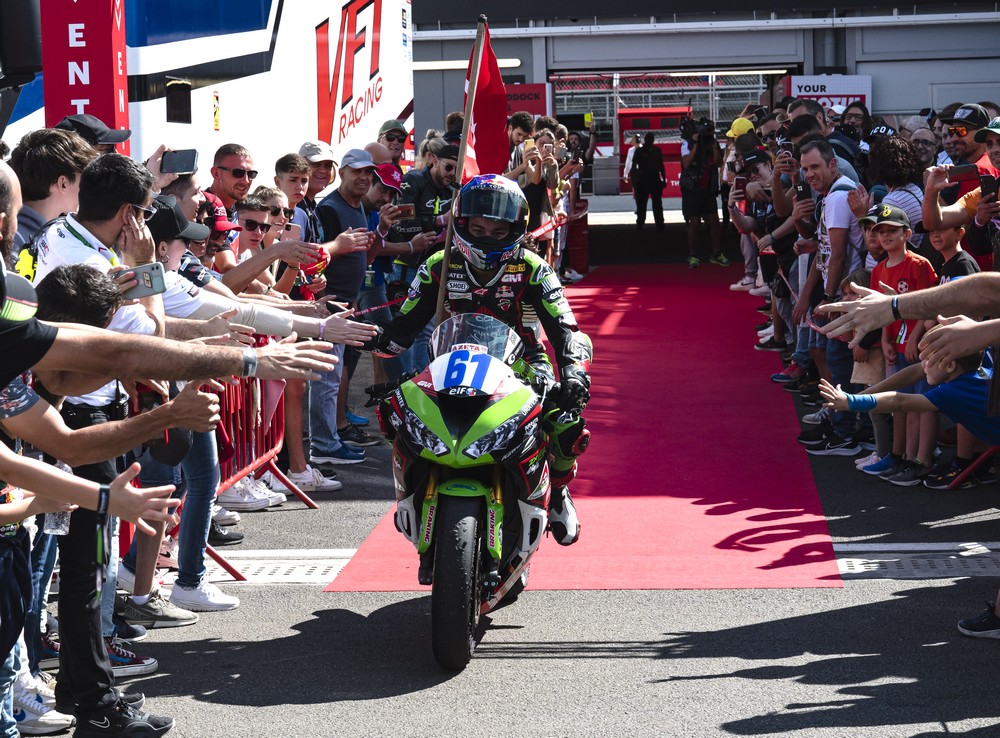 The eighth Supersport World Championship round has now concluded at the Circuit de Barcelona-Catalunya in Spain. Yesterday saw Kawasaki Puccetti Racing score a fantastic podium with Can Oncu, the third of the season for the young Turk. Setup problems hindered Yari Montella, who was unable to express his full potential.

There were sunny skies today at the Catalan track for the second and final WorldSSP race. The Superpole results meant that Oncu again started from the first row and Montella from the third for the morning’s eighteen-lap race. Both Kawasaki Puccetti Racing riders got away very well and were straight up into the leading group, Oncu second and Montella third. Over the following laps, the pair remained very much part of the leading group, oscillating between first and fourth position. Towards mid-race and with Oncu in the lead, Montella lost a little ground and was lying sixth. Over the last lap, a group of four riders led the way, Kawasaki Puccetti Racing rider Oncu included, while Montella battled as part of the chasing group. Having run a great race, Can crossed the line second to score his fourth podium of the 2022 season and his best result of the season to date. Montella also ran a solid race to close eighth.

In the championship standings, Oncu moves into third place with 171 points, while Montella lies sixth with 103.

The next WorldSSP round will take place over the weekend of 7-9 October at the Autodromo do Algarve in Portimao, in Portugal.

“In the beginning everybody was going very slow to not spin the tyres and kill the grip but after five or six laps I started to get bored, so I said, ‘OK I will go more’. Then everybody started to push more. We started to open up a gap to the guys behind, but I didn’t know this, actually. I was thinking there was a big group of seven or eight people but I only learned we had opened a gap after the race. So, I was still trying to push as much as possible. The race was so much fun I forgot to check the lap board and when I saw it with just two laps to go on it, I thought, ‘really?’ It was very nice to be on the podium again. I hope to continue like that in Portugal. I tried to go with Aegerter when he went past but this guy is a little bit fast! I did not know that I had moved up to third in the championship today, so this good to know. I am very happy for this. Only one point ahead, but no problem, I am third!”.

“I made a good start and was able to stick with the leaders through the first half of the race. Unfortunately, we don’t yet have the right setup to stay at the front until the end, but we’re working well and the bike continues to improve. Today’s race proves that yesterday we were slowed down by a defective tyre and that we have the potential to score better results. A big thank you to my team and all our sponsors.”