Oncu on the WorldSSP podium at Barcelona! 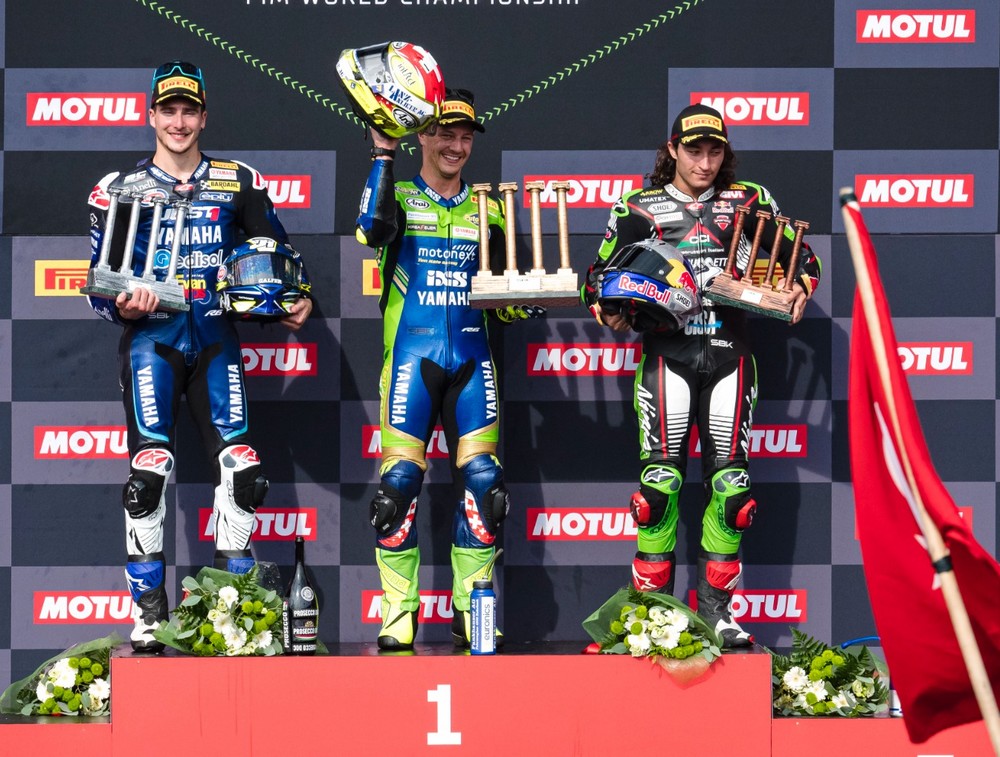 Kawasaki Puccetti Racing is competing in round eight of the WorldSSP championship at the Circuit de Barcelona-Catalunya in Spain. Can Oncu and Yari Montella, who finished yesterday’s practices in fifth and ninth position respectively, were back on track this morning for the Superpole, a session that establishes the starting grid for the weekend’s races. Despite cloudy skies, Superpole ran on a dry track. Oncu put in a very strong performance, scoring a front row start, in second place, with a time of 1’45”061. The Turk has proved particularly quick around this track, and actually holds the Supersport lap record, set in last year’s race (1’45”486). With a time of 1’45”338, Montella confirmed ninth place, and therefore started from row three of the grid for the afternoon’s race.

Just a few turns into the race, an accident meant that the red was stopped with a red flag and restarted around twenty minutes later, reduced from 18 to 12 laps. In the restarted race, Oncu got away very well and was immediately up into the leading group. Fighting through every corner, the young Turkish rider was able to cross the line in third place and score his third podium of the season!

It was a tough race for Yari Montella, who wasn’t able to find the kind of pace he needed to make up ground. He therefore had to settle for thirteenth place across the line.

In the championship standings, Oncu lies fourth with 151 points, while Montella is seventh with 95.

Tomorrow the two Kawasaki Puccetti Racing rider will compete in the second and final WorldSSP race of this seventh round.

“I felt like I was a little bit lost for a while but now I have got my confidence back. It makes me really happy because we have had some difficult times, but now I have found myself again. When I ride it like that I enjoy the bike so much. When the bike makes me feel like today, I love the bike more. The difference from some previous races is that, let’s say, we were just lost a little bit. So it was very difficult to find our rhythm. We found it again today. We just need to keep it like that and improve the bike more to keep the motivation high. When you lose motivation, like the previous races, it is not so good.”

“I had some grip issues in Superpole, but even more so in the race. The bike has little grip and I can’t exploit its full potential. I had to be on the defense, taking care not to crash and to bring home as many points as possible. I know my team is working to solve the problem, also with the data collecting during the race, and so I hope to be able to do a lot better tomorrow.”