Oncu on the podium in the first WorldSS race at Aragon! 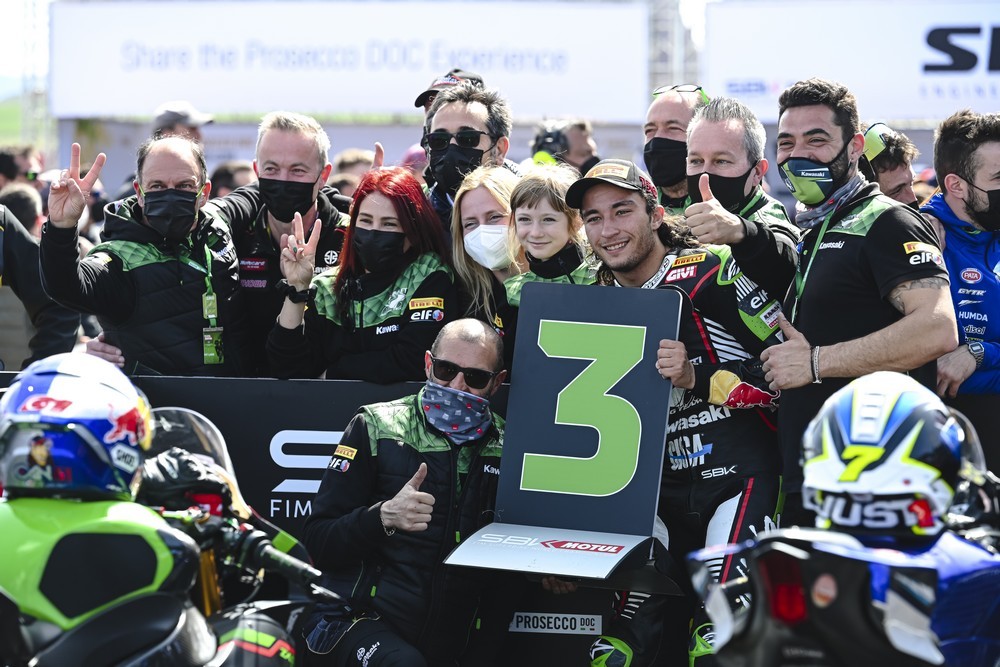 The first round of the Supersport World Championship continued today at Motorland Aragon in Spain with the Superpole phase and first race. In yesterday’s free practice, Kawasaki Puccetti Racing riders Can Oncu and Yari Montella both put in a convincing performance. The young Turk scored fifth place with a time of 1’54”315, while the Italian finished fourteenth with a 1’54”891. The pair returned to the track this morning for Superpole, the session that establishes the grid positions for the weekend’s two races.

Oncu did extremely well, stopping the clock on 1’53”128 to earn third place and, therefore, a sport on the front row of the race grid.

Montella also completed a strong Superpole, improving on his previous best by more than a second. A ninth-place finish for him, which translates into a third row start for the first of the season’s races.

The first race got underway this afternoon. Oncu got away very well and immediately moved into the lead, setting a very strong pace. By the mid-race point, the leading group comprised just three riders and on lap nine, the young Turk lost his lead but remained a frontrunner. Only the final stages did Can have to reduce his pace due to tyre wear, the rider crossing the line in third place and scoring precious championship points in the process.

Montella ran an unlucky race. The Italian had made a good start and was gaining ground when he unfortunately suffered a crash that prevented him from continuing.

Tomorrow the Kawasaki Puccetti Racing riders will take part in the second and final race of this first WorldSSP round.

“A good race and we finished third. I enjoyed it a lot! Of course we made some mistakes that I hope we do not make tomorrow. The mistake was my mistake, not the team’s, but tomorrow I will not make that same mistake. We will try to win but that’s all for today. We are happy today and we will try to be more happy tomorrow.”

“Sadly I don’t have much to say. I started well and was getting into a rhythm to be able to make up ground when I lost control of the bike, first at the rear and then at the front, and was unable to avoid a crash. I’m sorry because it’s not a good way to start the season, particularly for my team as they’re working so hard for me. Things will be better tomorrow, when I’ll do all I can to make up for today.” 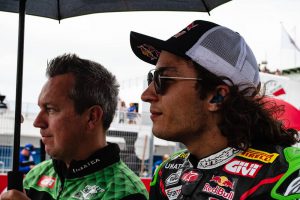 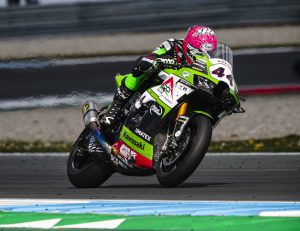 Mahias crashes and sustains injury in the Estoril Superpole Race 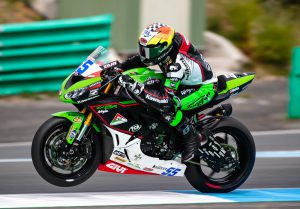 Oncu just misses the podium at Estoril, while Montella scores his best result of the season

Mahias crashes and sustains injury in the Estoril Superpole Race

Oncu just misses the podium at Estoril, while Montella scores his best result of the season