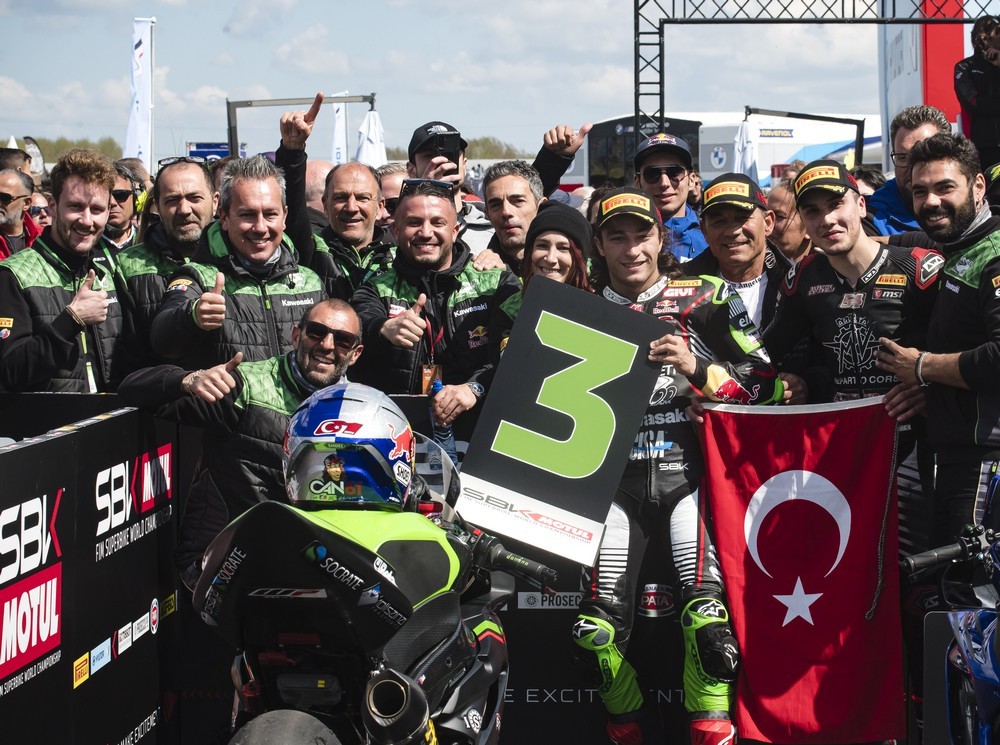 Kawasaki Puccetti Racing today competed in the second race making up round two of the Supersport World Championship at the TT Assen Circuit in The Netherlands. Yesterday was not a lucky day for young rider Can Oncu who, after putting in a strong performance in Superpole to finish second, then crashed in race 1 while fighting as part of the leading group. His team-mate Yari Montella had the opposite experience, a crash in Superpole meaning that he only qualified eighteenth, before a strong recovery in the race saw him climb to eventual twelfth position.

This afternoon the Kawasaki Puccetti Racing riders were back on the Dutch track for the second and final race making up this second round.

Like yesterday, Oncu started from the front row and Montella from the sixth for the 18-lap race. Both made an excellent start, with Oncu moving into the lead and Montella progressing quickly from eighteenth to tenth position. As the race went on, Oncu found himself second and then third, remaining part of the leading group that was fighting for the win, while Montella battled in the chasing group. At the end of a hard-fought race, Oncu crossed the line third to earn his second podium of the season. On the attack throughout the race, Montella crossed the line eighth but was then demoted one position by race direction for having exceeded the track limits on the last lap.

In the championship standings, Oncu lies sixth with 32 points, while Montella is eleventh with 20.

The next round of the Supersport World Championship is scheduled to take place at the Estoril circuit in Portugal on 20-22 May.

Can Öncü: “After yesterday’s crash, I think we’ve taken a huge step. We worked so hard yesterday evening and I was so angry about everything. I said to myself, ‘if I am really like this, it is better that I pack my bags and go home’. Today, I said I would be the old Can again. I woke up with a lot of pain after the crash, but I knew we would do a good job today. In warm-up we already tried something on the set-up and in the race we made one more step. We took the risk and I said today that I would not finish fourth or fifth. I made a good start and we improved a lot at one of my favourite tracks. This race was important because my father was here, and my mechanic Nico had his birthday yesterday – so this podium is for my family and Nico. In Estoril I hope I can give another present to another person.”

“I’m quite pleased with today’s result. It would have been difficult to do more considering we started so far back. We’ve done a great job here and in the next races, we’ll use the base we’ve identified here at Assen to do better, particularly in qualifying. When you start further forward it’s all a lot easier. Considering the effort made by the entire team, we deserved at least fifth position today, but the important thing is that we know we have the potential to score strong results.” 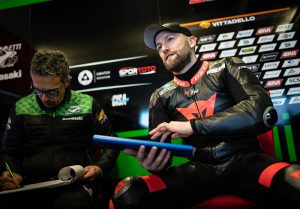 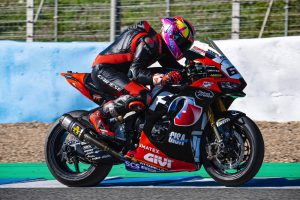 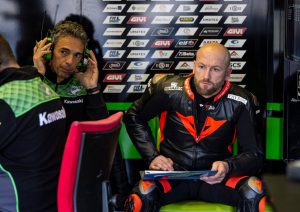