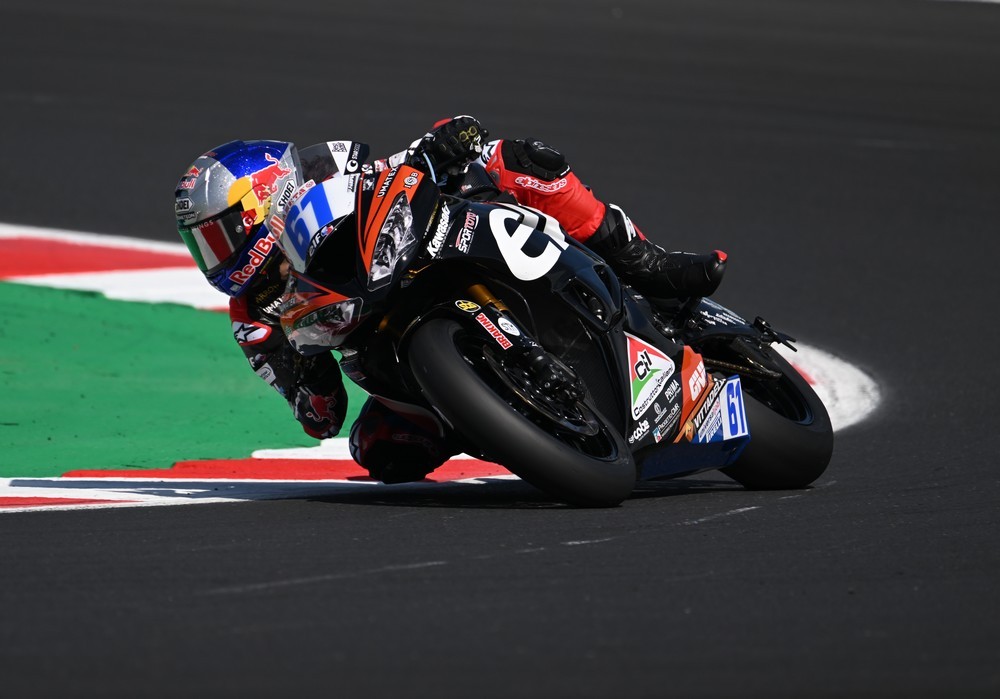 Kawasaki Puccetti Racing is at the Misano World Circuit for day two of the fourth Supersport World Championship round. This is the home round for Manuel Puccetti’s team, the staff therefore having chance to meet with their sponsors and supporters, and race in front of their fans. On this occasion, the Italian team’s Kawasaki bike are racing with the historic and iconic ELF livery, which confirms and consolidates the squad’s collaboration with Total Italia.

After having finished yesterday practices in seventh and ninth place respectively, Can Oncu and Yari Montella were back out on track today, in warm and sunny conditions, for the Superpole, which establishes the starting grid for the weekend’s two races.

As a result, the Italian lined up from the second row and the Turk from the third for the day’s 18-lap race.

Both riders got away fast when the lights went out, moving straight into the leading group. As the laps went on, both Oncu and Montella unfortunately lost ground with respect to the front three riders and found themselves battling as part of the chasing group. Very strong in the final stages, Can crossed the line in fourth place, while Montella finished sixth, just a few thousandths from his team-mate.

In the championship standings, Oncu lies fourth with 69 points, while Montella is sixth with 43. Tomorrow will see the Kawasaki Puccetti Racing riders compete in the second and final race of this fourth WorldSSP round.

Can Oncu: “At a home race for the team P4 is difficult to accept but we are in this situation which is really difficult at the moment. But, it is important to keep ourselves positive for Race Two tomorrow. Today is finished and tomorrow is a new day. We will work a lot tonight on the set-up options and I hope we can find something different. For sure my team will find a good set-up and we will start again.”

“The race was a bit of a struggle. I started well, but then was unable to get into the kind of rhythm that would allow me to stick with the frontrunners. Both the team and I are really working hard, but we need to understand what we’re still lacking in order to be able to fight for the podium. We need to take another step forward and I’m sure we’ll manage it”. 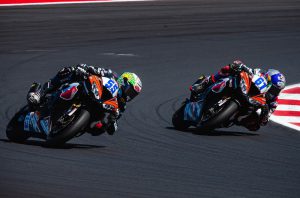 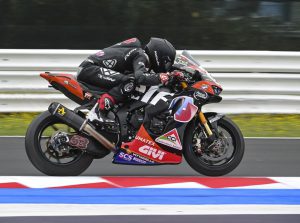