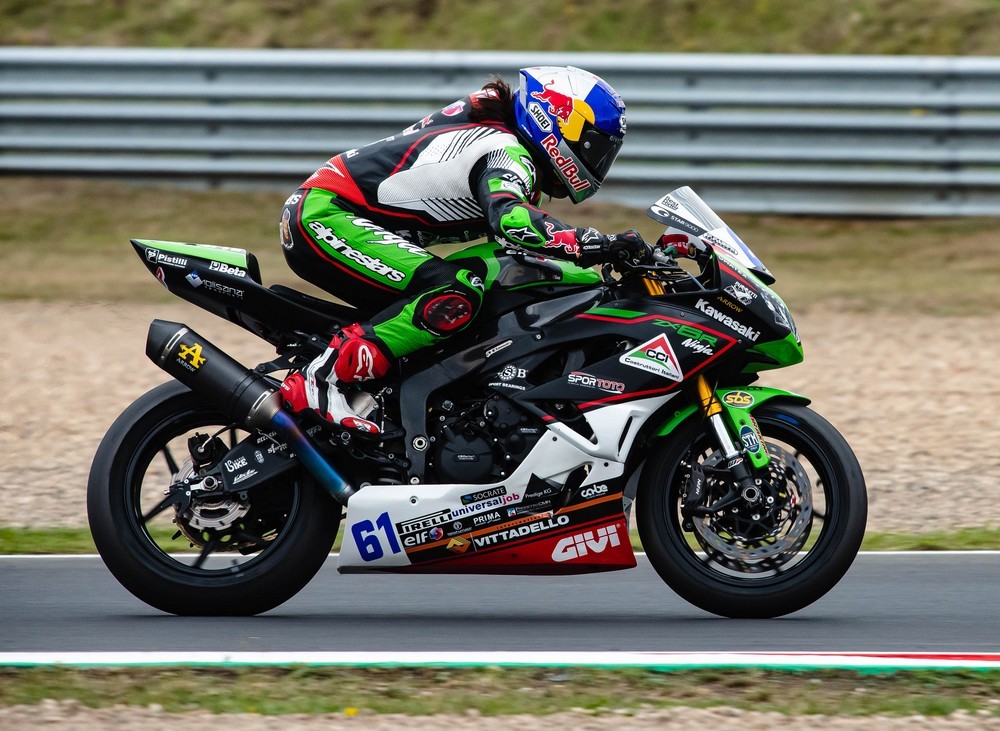 Conditions were cool and sunny at the Most circuit in the Czech Republic today, where the second and final race making up the sixth Supersport World Championship round has now concluded.

Race 1 took place yesterday, but it proved disappointing for Kawasaki Puccetti Racing riders, Can Oncu and Yari Montella. A crash at the first chicane as the race got started involved several riders, Montella included, the Italian unable to continue. Oncu got through this first chicane unscathed but was later penalised by Race Direction with a ride through penalty, which comprised his race, the Turk ultimately closing in twenty-first place.

Yesterday’s Superpole results meant that Yuri once again lined up on the third row of the grid and Can on the fourth for the second 19-lap race.

Montella made a strong start and was straight up into fourth, while Oncu followed in seventh. Over the subsequent laps, the pair exchanged places and it was soon the Turk who was lying fourth, with the Italian close behind in sixth. Unfortunately, during the course of lap nine, Montella suffered a crash that put an end to his race, while Oncu climbed to third. The Turk held this position until the sixteenth lap when he was passed by another rider. On the very next lap, Race Direction brought out the red flag following a crash and so the Kawasaki Puccetti Racing rider had no chance to recover the position he’d lost and was classified fourth.

In the championship standings, Oncu places fourth with 112 points, while Montella is seventh with 75,

The next Supersport World Championship round will run over the weekend of 9-11 September at Magny-Cours in France.

“I tried my best in what was a very difficult race. I don’t think we did a bad job. I will try to improve on this position in the next race, but this was the most I could do at the moment. Now we’ll see what we can do in the next round after the summer break.”

“A tough race, in which we suffered right from the start. It was hard to manage the tyre wear in the heat and if I up my pace, I risk a crash, which is what happened today. We need to understand how we can fix this problem. As for the crash, I lost grip at the front but luckily didn’t hurt myself. Thanks to my team for all their help this weekend.”