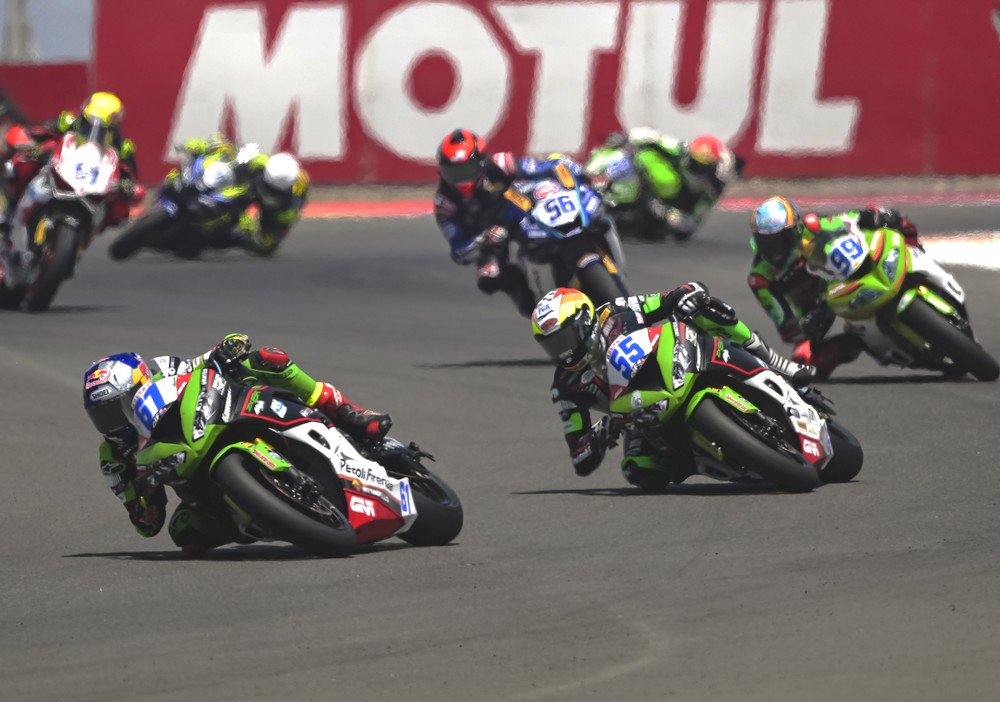 The tenth round of the Supersport World Championship concluded today at the San Juan Villicum Circuit in Argentina. Yesterday, in race one, Kawasaki Puccetti Racing riders Can Oncu and Yari Montella showed all their potential when both were forced to play catch-up, the Turk finishing fourth and the Italian eighth.

The Superpole results meant that, like yesterday, Oncu started from row five of the grid and Montella from the sixth in today’s race, which ran in sunny conditions.

Both Kawasaki Puccetti Racing riders made a good start as the lights went out. Oncu moved into tenth place and Montella thirteenth. The pair had to push hard to make up as many places as possible and unfortunately, during the course of lap three, Montella fell victim to a crash, which forced him to retire. Oncu, in difficulty with the rear grip,  stuck with the leading group and was able to climb as far as seventh. A solid performance from the Turk, considering that he started from sixteenth on the grid.

In the championship standings Oncu retains third place with 216 points, while Montella is eighth with 114.

The next Supersport World Championship round will take place on 11-13 November at the Pertamina Mandalika International Street Circuit in Indonesia.

“Compared to yesterday, temperatures were higher today, and I didn’t have rear grip. I started strong and was able to stick with the front group, but in the end I couldn’t do more than seventh. I’ll settle for the points scored, which allow me to retain third in the standings, and I thank my team for their amazing support.”

“When you start further back and have to play catch-up, there’s always a level of risk, and this time I was unlucky and it went badly. I ran long through a corner and as I tried to correct that I crashed. Unfortunately, the bike was damaged and so I couldn’t continue. I’m really sorry because I could have scored points for the championship, but above all I’m sorry for the team after all their hard work. I’ll try to make up for it at the next Mandalika round.”