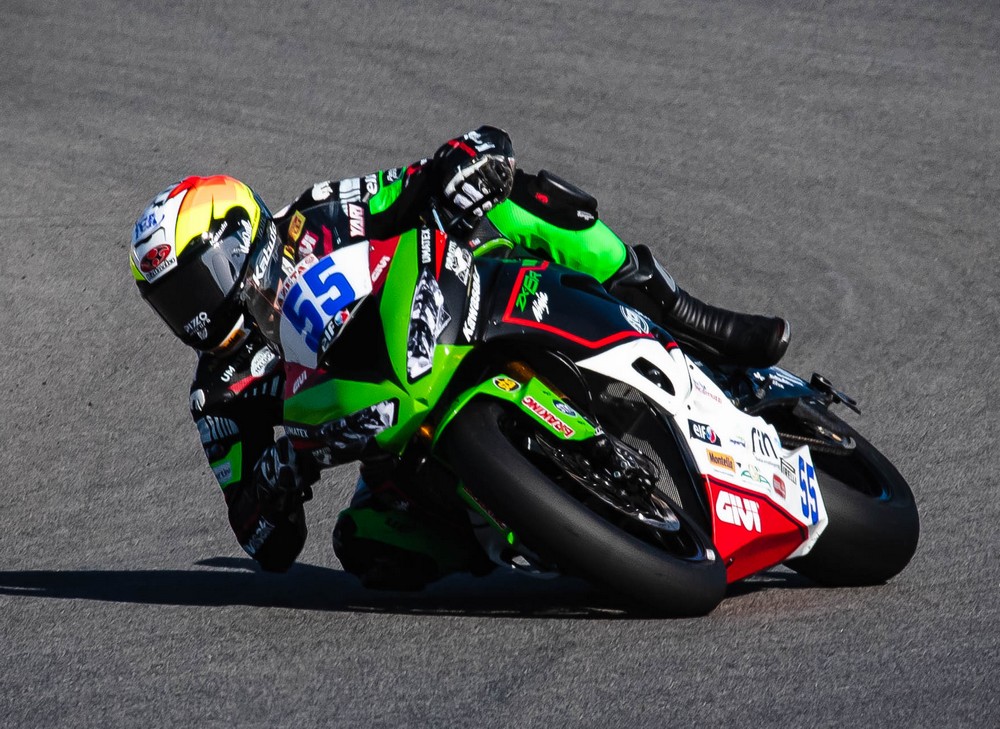 The Autodromo do Algarve in Portimao, Portugal hosted day two of the ninth Supersport World Championship round. On day one, Kawasaki Puccetti Racing riders Can Oncu and Yari Montella completed the first two practice sessions in eighth (1’44”676) and thirteenth (1’45”239) place.

This morning, in sunny conditions, the pair returned to the track for Superpole, which served to establish the starting grid for the weekend’s races. With a time of 1’44”029, Montella finished eleventh, while Onuc improved on his time (1’44”339) but placed fourteenth. With these results, the Italian lined up on the fourth row and the Turk from the fifth for the afternoon’s race, which was shortened from 18 to 12 laps owing to an incident during the SS300, which led to a scheduling change.

With less laps available, the race became one of the hardest fought of the season, with fifteen riders battling in the leading group and vying for the win. Both Oncu and Montella were part of this big group until a few laps from the end, when they lost ground and eventually crossed the line in ninth and thirteenth place respectively. In the championship standings, Oncu lies third with 178 points, while Montella is eighth with 106.

Both will take part in the weekend’s second WorldSSP race tomorrow.

“It was a difficult race today, but let’s look positively at it because we took some good points in the championship. We have to improve tomorrow and for sure we will be back  on the podium I hope. Let’s see how we do in the morning warm-up session to improve in the difficult places and then aim for the top three again”.

“I started well, but then contact with another rider saw me drop back to eighteenth. I got my head down and started to make up places, working hard to close in on the leading group. Unfortunately in the final stages, I made a small mistake that caused me to lose contact with that group and I finished thirteenth. Perhaps we could have done a little better, but we’ll try again tomorrow in Race 2.”