Most, a new experience for Mahias and Montella 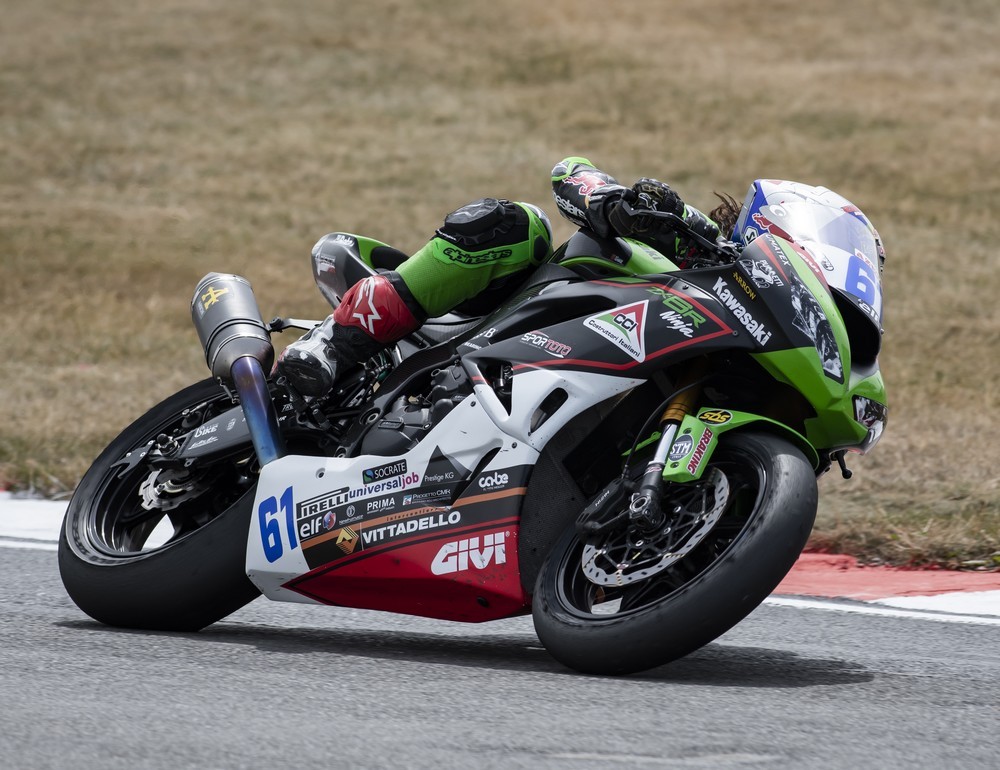 Kawasaki Puccetti Racing is travelling to the Czech Republic, and more specifically the Most Circuit, where round six of the WorldSBK and WorldSSP championships will take place this weekend.

Less than two weeks ago, Manuel Puccetti’s team was hard at work at Donington Park in the UK, at a round that had its ups and downs. Lucas Mahias returned to the Superbike category having not ridden his Ninja since 22 May, when he crashed at Estoril in Portugal, fracturing the fifth metacarpal of his right hand. Despite his long absence, the Frenchman immediately found good feeling with his bike, placing in the points zone in both of the long races.

In Supersport, Can Oncu was unfortunately hindered by an arm problem (arm pump), which compromised the final stages of his races, in which he constantly fought up front. The Turk crossed the line fifth in Race 1 and eighth in Race 2. There were highs and lows for Yari Montella too who, after finishing Saturday’s race less than two tenths from third place, was hit by the bike of another rider on Sunday and ended his weekend in the sand of the runoff area.

The three Kawasaki Puccetti Racing riders have very different aims as they head into the Most round, but they are all fuelled by a desire to continue to make progress.

While Can Oncu already raced at the Czech track last year, Lucas Mahias and Yari Montella are visiting the circuit for the first time and so both will want to make the most of the first practices to adapt their style to this new layout.

The Most Circuit lies just a few miles from the city of the same name, in the north of the Czech Republic, roughly 50 miles from capital Prague. It was built to replace the dangerous road circuits, where racing continued until the early 80s. Construction began in 1982 and the facility was inaugurated in 1983. It then underwent various modifications and was fully resurfaced in 2008. The agreement with Dorna was signed during the winter of 2020, and is valid for five years, so the production-derived bikes will compete at Most until 2025.

The full schedule for the Czech round is available at this link:

Lucas Mahias: “I expect a difficult weekend due to the fact I’ve never raced at this track before. I’ll need to work well right from Friday’s free practice sessions to learn the layout and be able to exploit the full potential of my Ninja, but I’m confident because I’m in much better shape than I was at Donington and because I know I can count on the support of my team.”

Can Oncu: “Over the last two weeks, I’ve trained hard and hope my arms bother me a lot less than they did at Donington. Last year, when I raced here for the first time, I placed eighth and ninth, but this time I want to fight for the podium. My bike is competitive, as is my team, so I think it’s a realistic result.”

Yari Montella: “We continue to grow, and we demonstrated this again at Donington, coming so close to what would have been my first WorldSSP podium. We are sure we can continue along this path as we head to Most and will try to find a setup that makes us even more competitive. I don’t know the track, but I know the team collected a lot of data last year that will help me. I’m feeling confident and can’t wait to get on the bike.”