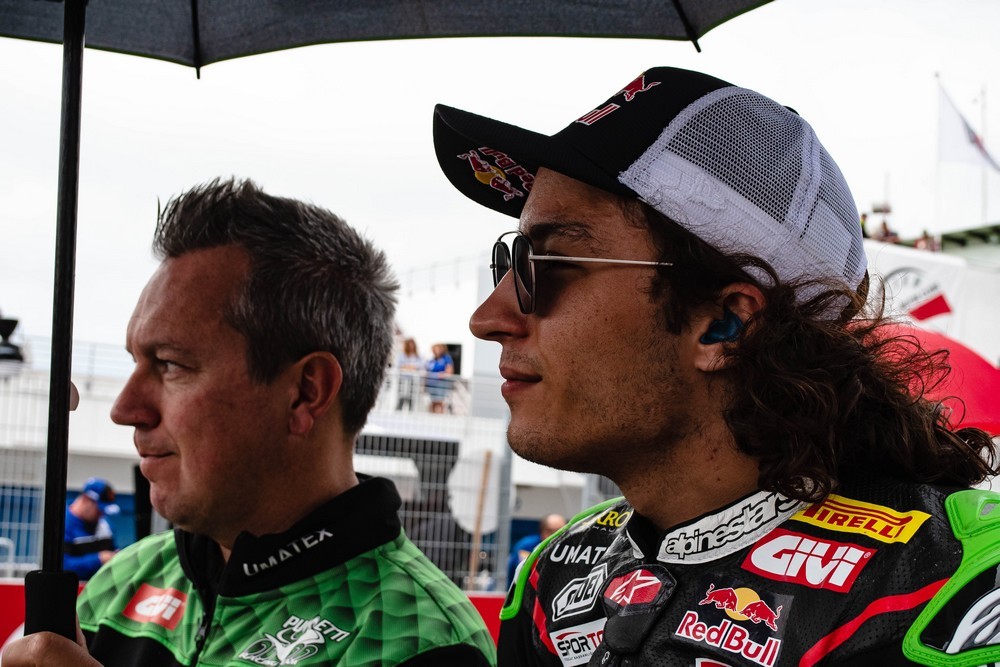 Kawasaki Puccetti Racing has today concluded the third round of the Supersport World Championship at the Estoril Circuit. Manuel Puccetti’s riders, Turk Can Oncu and Italian Yari Montella completed yesterday’s Superpole in eighth and twelfth place respectively, before Oncu finished the first of the weekend’s races in fourth place, just missing the podium, and Montella sixth.

Today’s race git underway on a damp track with rain falling intermittently. Both Kawasaki Puccetti Racing riders put in a strong performance. Oncu remained part of the leading group, in which the riders continued to exchange positions, even leading the race for six laps. Only in the final stages, due to a less than ideal tyre choice, did the young Turk have to slow his pace, crossing the line in fifth place. A good result that did not really reflect his efforts.

Montella ran an exceptional race. After making a good start, Yari found himself in the chasing group before he started to close in on the frontrunners and battle with them for the podium right until the end. The Italian just missed out on the third step of the rostrum, by one tenth of a second, in the charge to the line.

In the championship standings, Oncu lies fifth with 56 points, while Montella follows him in sixth place with 43.

The next round of the Supersport World Championship will take place at the Misano World Circuit in Italy from 10 to 12 June.

“It was a difficult race and we chose the wrong tyres, so we made a small mistake there. That aside, I think we did a really good job and today was very positive for us overall. We are fast and everybody can see it. This weekend was not the best weekend maybe, but I know that I will be much faster in Misano”.

“I’m really pleased with fourth place today. I did all I could to reach the podium in the final stages, but I just missed out on it. This result reflects all the hard work I’m doing with the team and, with their help, I’m adapting to the bike and learning to exploit its full potential. Now we have to look ahead and prepare for my home round of Misano”.