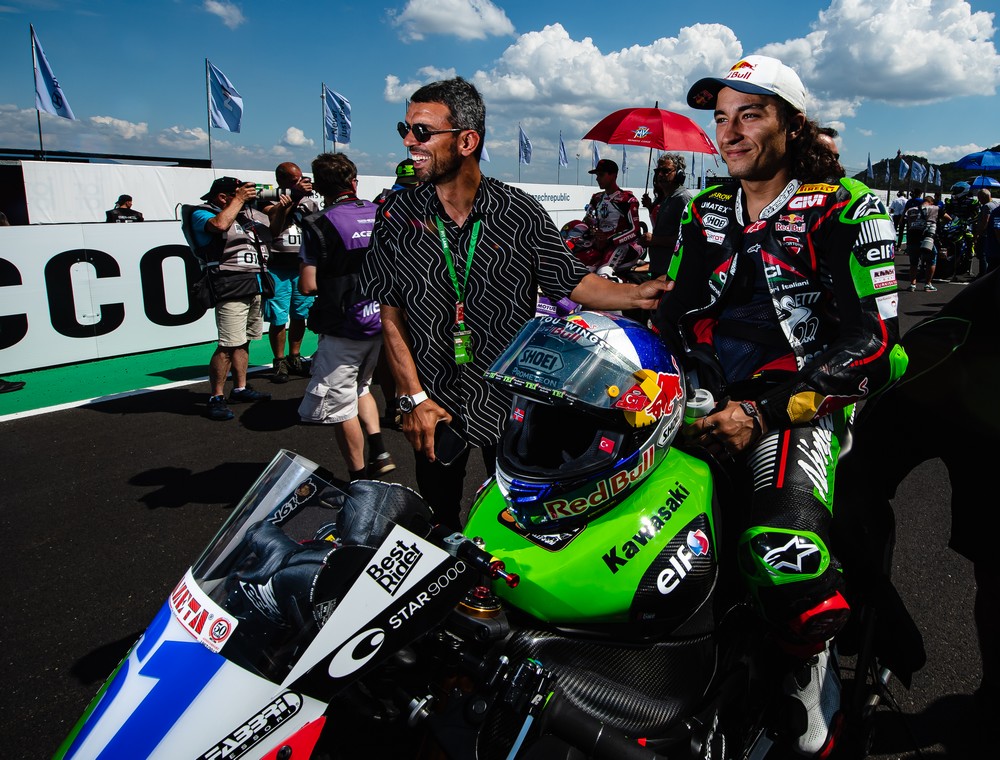 After a summer break lasting more than a month, Kawasaki Puccetti Racing is ready for round seven of the Superbike World Championship and Supersport World Championship, taking place this weekend at the circuit of Nevers Magny Cours in France.

At the previous Most round in the Czech Republic, Superbike rider Lucas Mahias finished inside the top ten in each of the three races, confirming his constant progress and the competitiveness of his Ninja. It was a complicated weekend for WorldSSP riders Can Oncu and Yari Montella though. After a Race 1 to forget for both men, with the Italian caught up in a crash at turn one and the Turk penalized with a ride through, Race 2 proved even more unlucky for Montella, who crashed while part of the leading group, while Oncu just missed out on the podium, crossing the line fourth.

The Magny Cours track is almost a second home for Kawasaki Puccetti Racing which has previously won across all the categories in which it has competed – in Stock 600, Stock 1000, Supersport (Kenan Sofuoglu was crowned 2015 World Champion at this track) and Superbike.

And in Superbike, this is a home round for rider Lucas Mahias. His ZX-10R will flaunt the GiVi livery, honouring the historic Kawasaki Puccetti Racing sponsor. With a commemorative livery, a track he knows very well and all his fans on hand to support him, Lucas will have an excellent opportunity to give it his all and try to score a strong result.

And Supersport riders Yari Montella and Can Oncu will be no less motivated. The Italian knows the French track and has worked hard to prepare as he strives to make up for the disappointing results at Most. The Turkish rider, who reached the third step of the podium at this track at the end of last year’s second race, is aiming for that long sought-after first win, a result he clearly deserves.

The Nevers Magny Cours circuit is located in France, in the Nievre department in Burgundy. Constructed in 1960, it only began to take on international significance in the 80s. The French track later underwent minor modifications, mainly in order to create as much overtaking space as possible. Some of the turns adopt the names of other circuits (Estoril, Adelaide, Imola, Nurburgring) in that they reproduce corners that feature at those tracks. The track is 4411 metres long and incorporates 17 turns, nine of which right-handers and eight left. This is the twenty-first time that the French circuit is hosting the production-derived series, after the championship first visited in 1991 and then every year between 2003 and 2022.

The full schedule for the French round is available at this link:

Lucas Mahias: “A home round is always a very special event and I’ll do all I can to score good results. I hope the weather is favourable and I’ll be amazed if it rains actually, as it hasn’t rained in France for months. I can’t wait to meet my fans and I’m sure we’ll have big crowds at Magny Cours this weekend.”

Can Oncu: “The summer break allowed me to rest but also gave me the time to train so that I’m ready for the second part of the season. I really like the Magny Cours track and was able to reach the podium last year. This weekend, I want to maintain the utmost concentration to try and fight for the win. I know the weather’s often unstable here, and I’m hoping for a dry track, but I can be competitive in the wet too.”

Yari Montella: “I can’t wait to get back on track because the summer break was very long and I miss racing. I’ve not stopped training and so will definitely be ready for this French round. I completed a day’s testing at this track in August and so I have some knowledge of it. I hope to start strong on Friday and work together with my team to find the best set-up for my bike.”