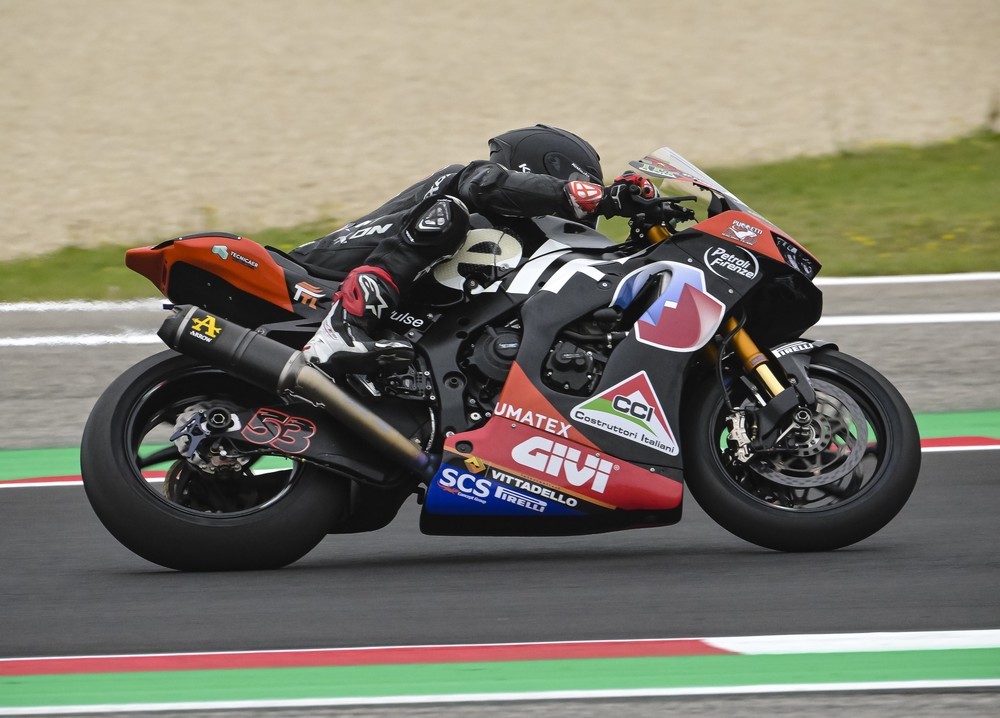 Conditions were hot and sunny today at the Misano World Circuit, where Kawasaki Puccetti Racing is competing in the fourth Superbike World Championship round. An important event for Manuel Puccetti’s team that, at their home round, is able to meet with its supporters and sponsors. The Italian team’s Kawasaki bikes are also flaunting the historic and iconic ELF livery this weekend, to confirm and consolidate its partnership with Total Italia.

Tito Rabat, standing in for injured Lucas Mahias, finished yesterday’s practice session in twenty-second place with a time of 1’36”063. This morning, in warm and sunny conditions, the Spaniard completed the third and final practice session, setting a best of 1’35”630 and moving up into twentieth place in the combined standings.

Tito improved further in Superpole and finished nineteenth with a 1’35”420, which put him on the seventh row of the grid for the afternoon’s 21-lap race.

The rider made a pretty fast start and was able to make up several position. In the space of just a few laps, Rabat moved up into seventeenth place before reaching the group that was fighting for the points zone in the final stages. Tito ultimately crossed the line in sixteenth place, missing out on the points zone by less than a second. A positive race, which confirms the Spanish rider’s constant improvement.

Tomorrow will see Tito compete in the morning’s Superpole race followed by the second Superbike race.

“It was a tough race, but I had fun. I started strong and was part of a group of riders fighting for the points zone. I battled with them, passing and re-passing each other, and only just missed out on scoring points. Considering this is my first race of the season with this bike, I’m quite pleased, but of course we need to continue to work to improve and achieve the kind of results that I know are within reach. Thanks to all my guys as they’ve worked really hard again today.”