Eighth WorldSBK and WorldSSP round at Barcelona 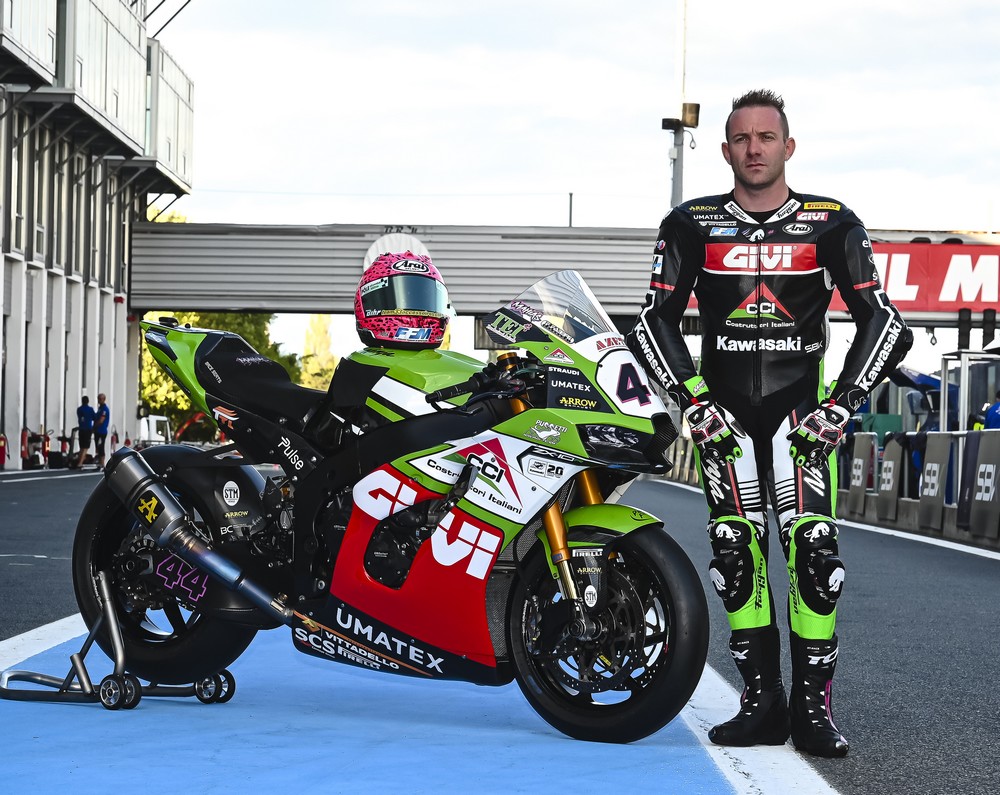 Kawasaki Puccetti Racing is ready to take on the eighth Superbike and Supersport World Championship rounds, which are taking place this weekend at the Circuito Barcelona-Catalunya in Spain.

It’s less than two weeks since the previous Magny Cours round, which was not an easy event thanks also to the weather conditions, but it was nevertheless positive for Manuel Puccetti’s team and riders, Lucas Mahias in Superbike and Can Oncu and Yari Montella in Supersport.

In the top class, the French rider, who was competing in front of his home crowd, reached the points zone in the two full-length races, confirming his continual progress. The two young 600 riders just missed out on the podium in Saturday’s race, while they had a few problems on Sunday. Oncu was unlucky to be caught up in an incident that caused damage to his bike, while Montella, who started further back, was unable to catch up as he had done on the previous day.

As it did in France, Mahias’ ZX-10R will again feature the GiVi livery in Spain, a tribute to the historic Kawasaki Puccetti Racing sponsor. A commemorative livery that the French rider hopes to honour with a top-ten finish.

The two Supersport riders will again be fighting for the podium.

The Catalan track holds happy memories for Kawasaki Puccetti Racing, which scored three podiums in the two 2020 Supersport races (two second places for Mahias and a third for Oettl).

The Circuito Barcelona-Catalunya is located in Montmeló, around twenty kilometres from Barcelona city centre, and is one of the world’s most modern circuits. Each year, it stages key motorsport events such as Formula 1, Superbike and MotoGP. In operation since 1991, it boasts a classic layout, much loved by motorsport fans. Measuring 4657 metres in length, it is formed of fourteen turns, eight right-handers and six left-handers.

The full schedule for the Catalan round is available at this link:

Lucas Mahias: “I’m pleased to be back racing at Barcelona, a track that isn’t far from my home and that I consider to be a second home track, after Magny Cours. I really like the layout, and I’ve scored some excellent results in Supersport in the past. I’m confident going into the weekend, mainly because we carried out some tests here in March and so have some data with which to begin. We’ll also have some new parts to test in terms of the brakes and, most importantly, we’re on the up right now and I want to continue to improve the bike together with my team.”

Can Oncu: “We were unlucky in France. On Saturday, we came very close to the podium, while on Sunday I was hit and struggle to finish the race. We hope Barcelona goes a lot better. I really like the track and have always been fast here. I’ll be aiming for a podium that can repay all the work the team and I are doing.”

Yari Montella: “I know the Barcelona track well and have raced here in different classes. Our goal is to continue to work on our bike, making the most of the experience we’ve gained at previous round in order to aim for the podium. We’re also hoping for good weather.”