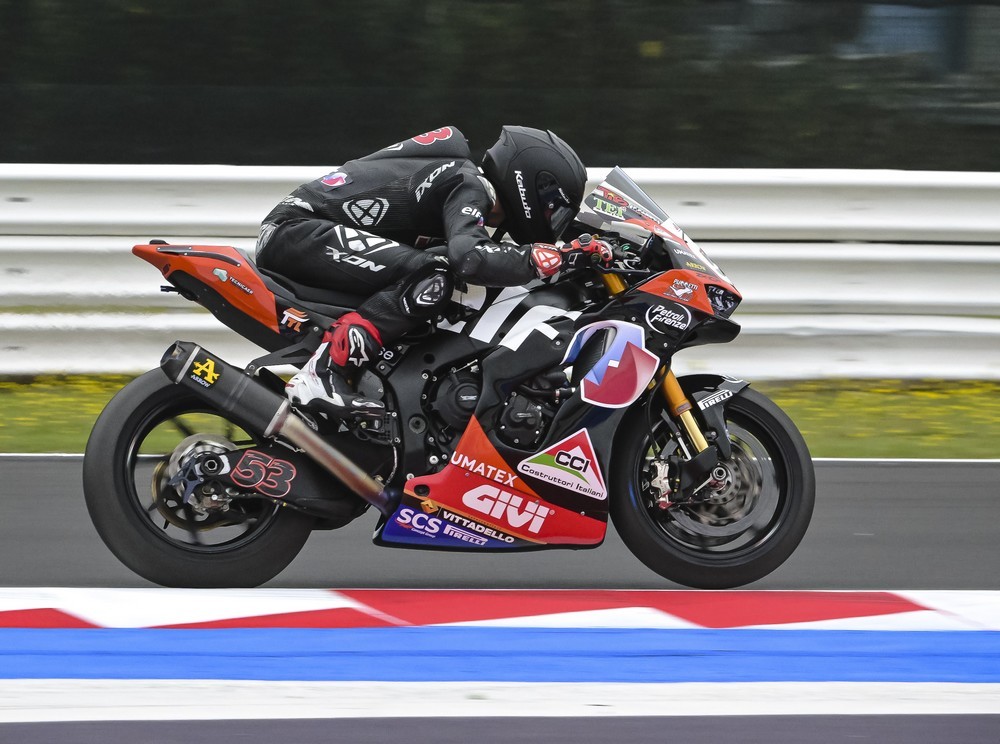 Kawasaki Puccetti Racing has now concluded round four of the Superbike World Championship at the Misano World Circuit. Lucas Mahias, who sustained injury during the Superpole Race at Estoril, has been replaced here by Tito Rabat, who already knew the ZX-10RR and the Italian team, having already stood in for the Frenchman during the last three rounds of 2021.

For Manuel Puccetti’s team, this was a home round, in which they were able to host sponsors and supporters, while all the bike flaunted the historic ELF livery, underlining the partnership between Kawasaki Puccetti Racing and Total Italia.

Yesterday saw Rabat take part in the Superpole, a session he finished in nineteenth place, and the first of the weekend’s race, in which he crossed the line sixteenth, just outside the points zone.

This morning, in hot and sunny conditions, Tito was back out for the ten-lap Superpole Race. After making a good start, the Spaniard made up several positions and scored a fifteenth-place finish. Unfortunately, he was then demoted by one position after having exceeded the track limits on the final lap.

Race 2 took place in the afternoon, in hotter conditions than the previous races. Rabat didn’t make the best start and was lying twentieth through the early stages. The Spaniard then upped his pace lap after lap and climbed up the field to finish seventeenth.

The next round of the Superbike World Championship will take place on 15-17 July at the Donington Park circuit in England.

“Today’s races were not at all easy, also because it was a lot hotter than the previous days. Although I had little time to adapt to the Kawasaki Puccetti Racing bike, I think I’ve done a good job and I want to thank the team for all their help. The results we’ve achieved don’t reflect my true potential, nor that of the team, but in such a short time I think it would have been hard to do better. Thanks to Manuel Puccetti for putting his faith in me; I wish the whole team loads of luck!”