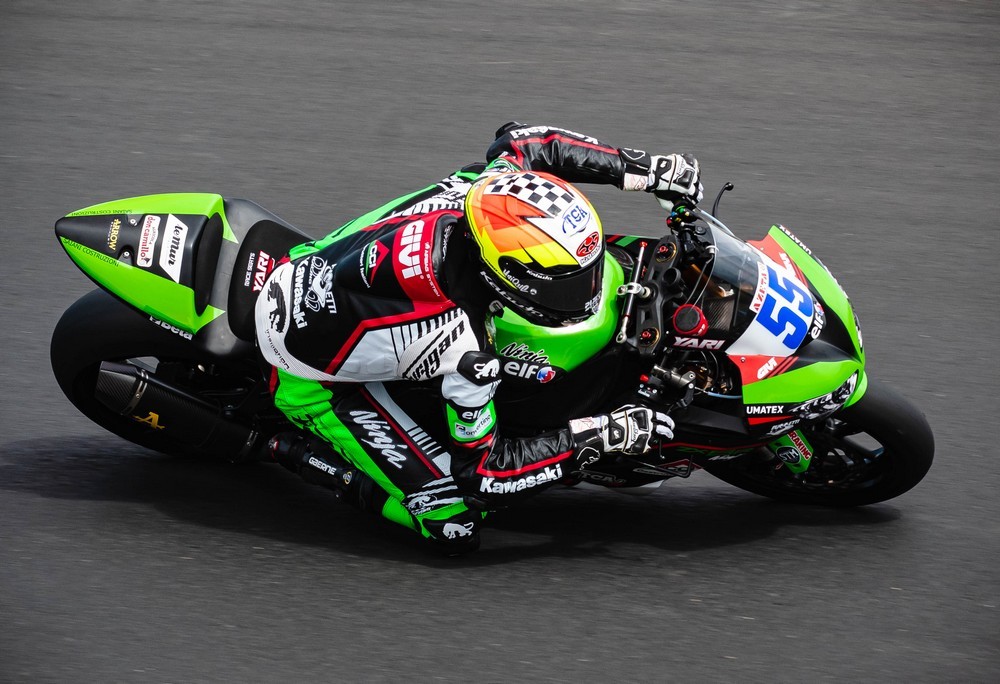 The second day of WorldSSP practice and qualifying at Most in the Czech Republic got underway under cloudy skies and on a track that was still wet following rain overnight.

Kawasaki Puccetti Racing riders Can Oncu and Yari Montella were lying sixth (1’35”431) and thirteenth (1’36”011) by the end of yesterday’s practices. Note that this is Yari’s first experience of this track.

Today, the duo was back on track in the late morning for Superpole, a session that established grid positions for the weekend’s two races. The brief qualifying was conditioned by a red flag that came out just four minutes before the end. Once the session restarted, Montella was able to make the most of the remaining time and close seventh with a best of 1’35”416, while Oncu finished twelfth with a 1’35”685.

With these results, the Italian lined up on row three and the Turk from row four for the afternoon’s 19-lap race.

The race was decided immediately after the start, at turn one in fact, when several riders, including Montella and Oncu, were involved in a collision. The Italian’s bike was damaged in the crash and he was unable to continue. The Turkish rider was able to stay upright but Race Direction penalised him with a ride through penalty, which obviously compromised his race. Can nevertheless crossed the line, albeit in twenty-first position.

In the championship standings, Oncu lies fourth with 99 points, while Montella is sixth with 75.

Tomorrow, the two Kawasaki Puccetti Racing riders will line up for the weekend’s second and final WorldSSP race.

“The bike was perfect and we tried to do our best, but unfortunately I was handed a ride through penalty. Because of this I lost so much time and couldn’t reach the points, finishing twenty-first. I am a little angry, but I want to say good luck to everybody for tomorrow’s race.”

“Unfortunately, my race only lasted a few hundred metres. Another rider arrived at the first chicane too fast and as a result I was hit by some other riders and crashed. I was unable to continue my race. Luckily, I’m not hurt but I’m really sorry for the team as they’ve worked so hard over the last two days. Fortunately we have another race straight away tomorrow.” 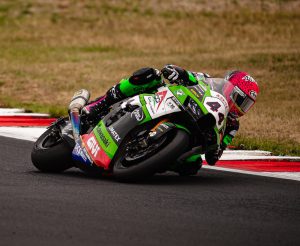 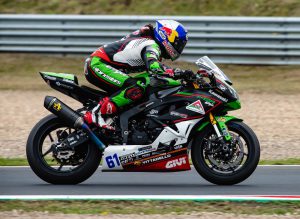 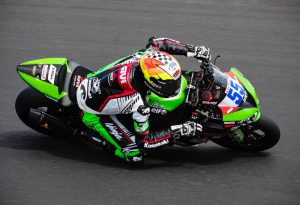