An excellent WorldSSP race for Montella and Oncu at Donington 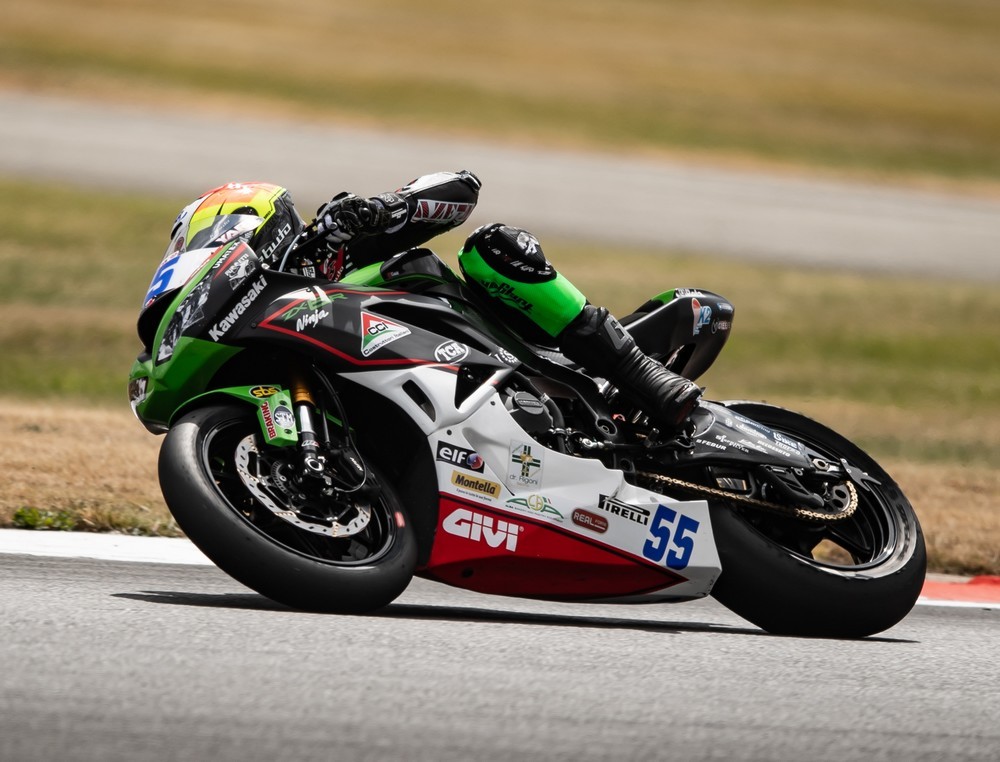 Donington Park in the UK is currently staging round five of the Supersport World Championship. Kawasaki Puccetti Racing riders Can Oncu and Yari Montella, who completed yesterday’s practice sessions in eighth and eighteenth place respectively, were out for Superpole this morning, battling to secure strong grid positions for the weekend’s races.

Although both are experiencing this tough, technical track for the first time, Oncu scored fourth place (1’30”445) and Montella eighth (1’30”661), meaning that the Turk lined up on the second row of the grid and the Italian from the third for the afternoon’s race.

The start of the race was delayed when a rider had an issue on the grid. The race then restarted a few minutes later but was brought to a halt on lap one following a crash involving several riders, the bikes of whom remained on the track. The race was then started for a third time, albeit reduced to a distance of twelve laps.

Oncu made a very fast start which allowed him to take an early lead, while Montella, who also got away well, moved into sixth place. The Turkish rider finished lap one in first place but was then reabsorbed into the leading group, of which his team-mate was also part. A crash divided this group and allowed the leading pair to break away, while the two Kawasaki Puccetti Racing riders held third and fifth position. In the final stages, Can began suffering arm pain that prevented him from riding as he wanted. He therefore had to settle for final fifth position, just behind Yari, who finished a very strong fourth. A difficult and unlucky race in which the two young riders again proved to be WorldSSP frontrunners, despite this being their first visit to the track.

Oncu lies fourth in the championship standings with 91 points, while Montella climbs to fifth with 75.

The British round will draw to a close tomorrow, with Oncu and Montella competing in the weekend’s second WorldSSP race.

“In the race the first laps were so easy, the pace was so fast that I thought a podium would be easy. But because of my arm pump problem I could not make a podium. Tomorrow I will try again, a new day so we need to keep positive for the second race.”

“We’ve had a good day. Before qualifying we changed a few things on the bike and also in terms of my riding style, and we saw the results right away. I immediately felt competitive in the race and was able to fight for the podium right to the end. Tomorrow we’ll try to do more and obtain a really strong result, because we’ve shown we have the potential to do so. Thanks to my team, they’ve done an amazing job.”