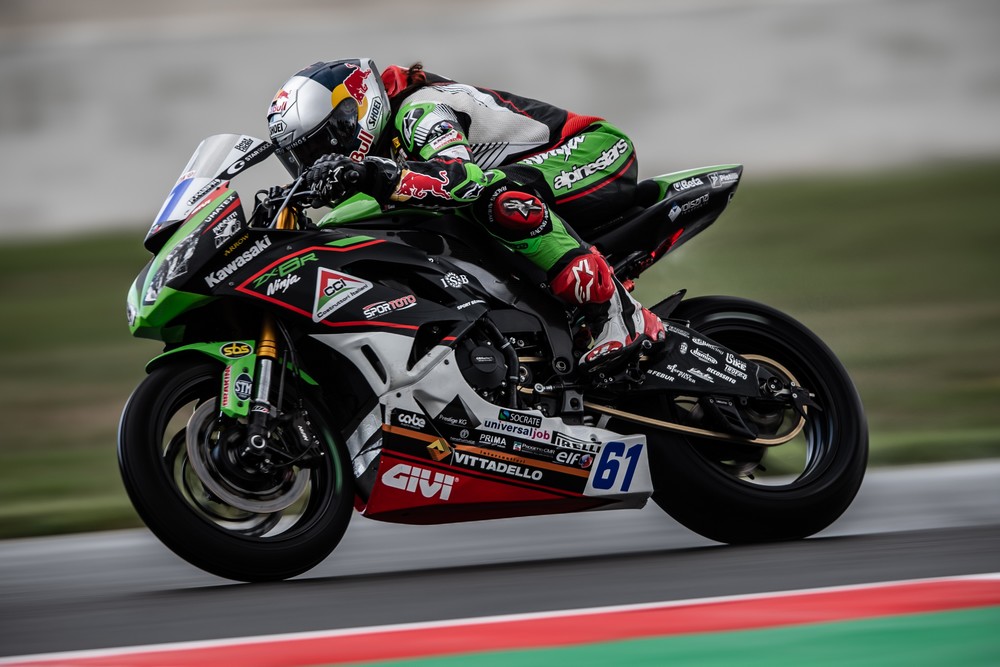 Kawasaki Puccetti Racing has completed the second and final race making up the seventh WorldSSP round at the Nevers Magny Cours circuit in France. Yesterday, Can Oncu and Yari Montella, the team’s two Supersport riders, took part in Superpole and the first of the weekend’s races.

In Superpole the Turkish rider finished seventh, while the Italian closed fourteenth. As a result, Oncu got away from row three and Montella from row five for a race in which both put in a very strong performance. Can Oncu crossed the line fourth, ahead of his team-mate. Results that could have been even better if the race hadn’t been brought to a close on lap thirteen due to a crash.

Today brought cool, sunny conditions for the day’s race, which ran on a dry track over a distance of 19 laps. The two Kawasaki Puccetti Racing riders made a good start and made up a few positions right away. The Turk ran with the frontrunners until around the mid-race point, when he was hit by another rider, which bent the frame that supports the saddle. By leaning on the tank, Can was not only able to finish the race, but in the final laps he gained further ground, climbing to final sixth place.

It was a difficult race also for Montella, who never good into the kind of rhythm that would allow him to make up many positions. The Italian nevertheless made some progress in the final stages, crossing the line tenth.

In the championship standings, Oncu now lies fourth with 135 points, while Montella is seventh with 92.

The next WorldSSP round will take place on 23-25 September at Barcelona in Spain.

“The race was difficult after the contact as I did not have the rear seat unit fixed to the bike anymore. We did not so bad a job, even without the seat unit in the correct position, so there are not too many more things to say. We will work more and improve a lot in the next week before we go to Barcelona. We will keep going at full gas and we are motivated to succeed.”

“My race was conditioned by my starting position. I got away well, but then found myself with a group of riders and I wasted time getting past them. Once I’d done that, the group ahead was already too far off. My bike worked really well, but we still need to work to be able to fight with the frontrunners. Thanks to the team for all their hard work here in France.”