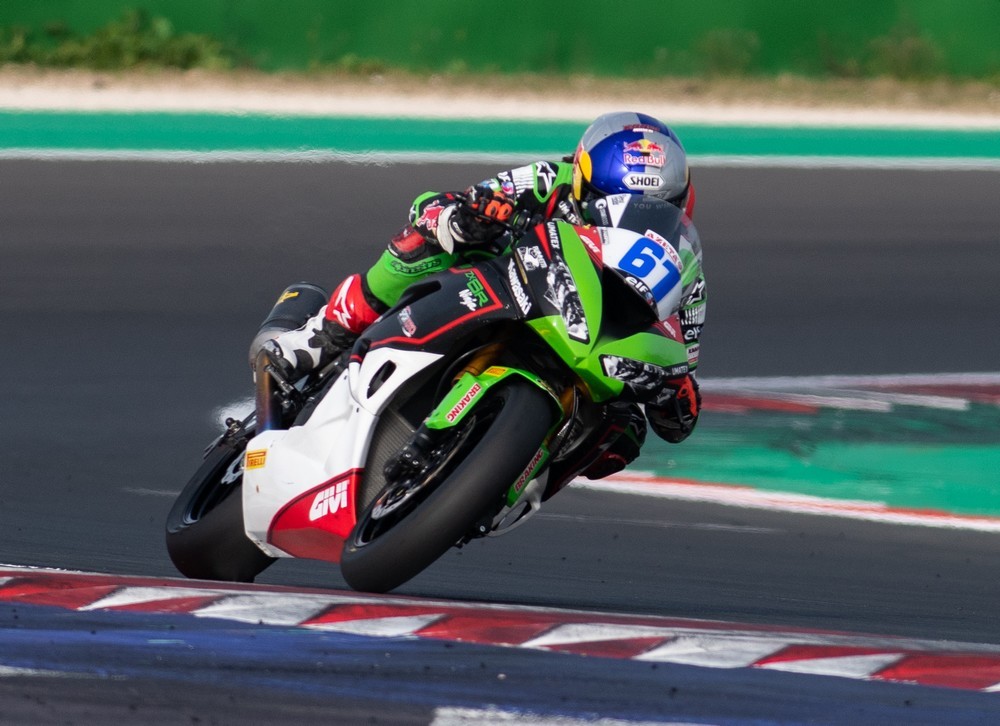 Manuel Puccetti’s team carried out two days of testing at the Misano World Circuit with the Superbike rider Lucas Mahias and the two Supersport riders Can Oncu and Yari Montella. At the end of the two days in Romagna, the balance can undoubtedly be considered positive, with the riders who worked with their respective teams to adapt to their bikes, setting times of absolute importance.

In these two days Lucas Mahias confirmed that he had removed the rust accumulated in the long period of forced rest, due to an injury. In the first day he set the time of 1’35 “062 while in the second he improved further and with a best lap of 1’34 ”058 he finished third overall in the test complete standing.

In Supersport Can Oncu has once again demonstrated his undoubted abilities. The young Turkish rider was the fastest both in the first day of practice, with a lap time of 1’37 “832, and in the second day when he stopped the chronometers on a lap time of 1’37” 209, more than two tenths lower than to the Misano track record.

Excellent and constant progress has been made by Yari Montella, who has always improved by working on his Ninja with his technicians, up to closing the tests with a best lap time of 1’37 “972.

Manuel Puccetti: “These were two really positive days of testing, in which we did an excellent job. Lucas Mahias has made a huge step forward. Thanks to the new Ohlins suspension and the excellent work done by his team, the French rider set an excellent lap time, proving that he has now completely solved the physical problems resulting from the injury of the last year. In Supersport we had confirmation of the great potential of Can Oncu, who was not only always the fastest, but set also a lap time lower than the Misano World Circuit record, with a fantastic ideal time of 1’36 “9 . Yari Montella is working hard and constantly progressing, getting closer to the performance of the fastest riders”.

Lucas Mahias: “I am really happy with what we have done here in Misano. I had never been so fast on this track and my time today is due to both the new suspension and the feeling I found with my bike, obviously thanks to the great work of the whole team. I am very well physically and this is also very important. We must continue on this path, to take away those satisfactions that we lacked last year”.

Yari Montella: “Two very positive days, and I’m happy above all with the work I did with my team. After the Jerez tests we preferred to start practically from scratch, calmly and methodically, and I immediately felt much more at ease on the bike. On the second day we also did a long run with very interesting lap times. We need to make better use of the softer tire, but here in Misano we have taken a big step forward and I am very satisfied ”.

Can Oncu: “I had a lot of fun in these two days of testing, which I think were very important in our approach to the first round of the world championship. We worked very well in all the sessions, we were always the fastest on the track, and today I set a shorter time than the track record. These are all very positive signs that make me optimistic and now I can’t wait to be in Aragon for the first races of the championship. I thank my team who did an exceptional job ”. 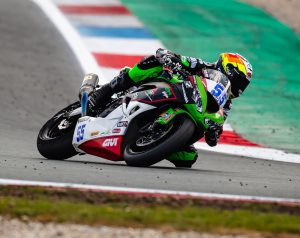 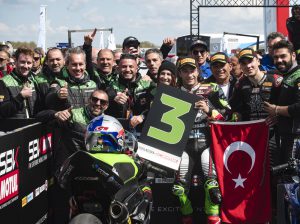 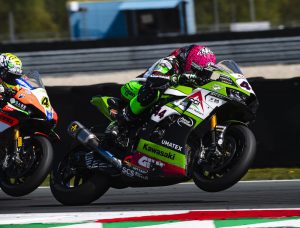